Thompson to run as an Independent in a Democratic stronghold, which houses both the new Disney/Fox in Century City and Sony in Culver City.

“I have been a ‘Representative’ of Hollywood Talent for almost 50 years,” said Thompson. “As either their lawyer or personal manager I have spent a career listening, caring, nurturing, planning, marketing, negotiating, and enhancing their personas and lives. I now want to be a ‘Representative’ of the people who live in our 37th District to do those things for them even more profoundly, give them a voice, and empower their lives.”

“The polarized political positions in our nation have become dangerous in many ways,” Thompson continued. “As an Independent, (NPP), I want everyone to use Common Sense with Common Civility to find Common Ground to solve our Common Issues.”

“With the Presidential Impeachment, there is much disenchantment, disappointment, and frustration with many Democrat and Republican voters. Candidates, like me, running as Independents against the established party incumbents are on the rise in the U.S. As one of the new leaders of this movement, I have christened our mission of help and change with the war cry ‘Dobio Swati,’ which when translated means ‘Day Of Bull***t Is Over. So, Welcome All The Independents.'”

Why Larry is Running

Start advancing policies that provide everyone the opportunity to move into the middle class. The Democrats are treating African Americans and Latinos like field hands on the Old Southern Plantations.
Encourage the private sector and religious organizations to increase their “Good Samaritan” work to solve the homeless crisis. Government clearly can’t solve this problem alone.
Help the entertainment industry increase audience and good paying local jobs by having an open conversation about the condescending language often used to describe anyone who isn’t “politically correct.”
About Larry Thompson

Thompson has managed the careers of over 200 Stars and produced 20 Movies for Television, 5 Motion Pictures, 2 Television Series, 12 Television Specials, and various Series Pilots.

Thompson has received the Industry’s prestigious Vision Award and his productions have won 2 Accolade Awards, 2 Imagen Awards, The Epiphany Prize, The Wilbur Award, The Christopher Award, and have received Nominations for 10 Emmys, 6 Imagen Awards, 2 Prism Awards, the Humanitas Prize, and a Golden Globe.

He serves on the Advisory Boards of The Delta Blues Museum, Paulist Productions, and Good News Communications. He is a Founding Member Enthusiast of the Museum of The Bible in Washington, D.C. and a Charter Member of the United States Capitol Historical Society. He is perennially listed in Who’s Who In America and Who’s Who In The World, and on August 1, 2018, Thompson was awarded the Albert Nelson Marquis Lifetime Achievement Award by Marquis Who’s Who.

The National Conference of Personal Managers inducted Thompson into the Personal Managers Hall of Fame on May 12, 2016. Thompson was also honored on September 19, 2013, by the Talent Managers Association with the prestigious Seymour Heller Award for Lifetime Achievement in Talent Management. These two entertainment industry awards are the highest honors a personal manager can receive for representing talent.

Thompson was Knighted in Rome, Italy on May 20, 2017. Grand Prior, Prince Lorenzo de’ Medici, sponsored Thompson, an American of Italian Heritage, into the prestigious Order of Saint Martin of Mount of the Beatitudes as a Patron of the Arts and Protector of the Most Needy.

Thompson was born, raised, and educated in Mississippi. After finishing law school at the University of Mississippi in 1968, he drove three days to the corner of Hollywood and Vine to start his dream career in show business. Also from 1968 to 1974, Thompson served in the United States Army Reserve’s Judge Advocate General’s Corps mostly in Torrance, California.

About the 37th District

California’s 37th Congressional District is based in Los Angeles County. It includes many neighborhoods West and Southwest of Downtown Los Angeles.

The District is highly diverse ethnically. Approximately 40% of the district’s residents are Latino, while 25% are African American, 25% are Caucasian, and 8% Asian.

The District has over 738,00 residents, 2 film studios (the new Fox/Disney in Century City and Sony Pictures in Culver City), the University of Southern California, many places of worship, museums such as The Museum of Tolerance, the Petersen Automotive Museum, and the California African American Museum, plus many points of cultural interest including some of my favorites, The Los Angeles Memorial Coliseum, the Space Shuttle Endeavour at the California Science Center, The Apple Pan on W. Pico and Hansen’s Bakery on Fairfax!

Subway Surfers is the most downloaded mobile game of the decade

Thu Dec 19 , 2019
Boasting over 2.7 billion downloads around the world, Subway Surfers was named the most downloaded mobile game of the decade by App Annie, closing out a banner year for SYBO and Kiloo, setting the stage for 2020. 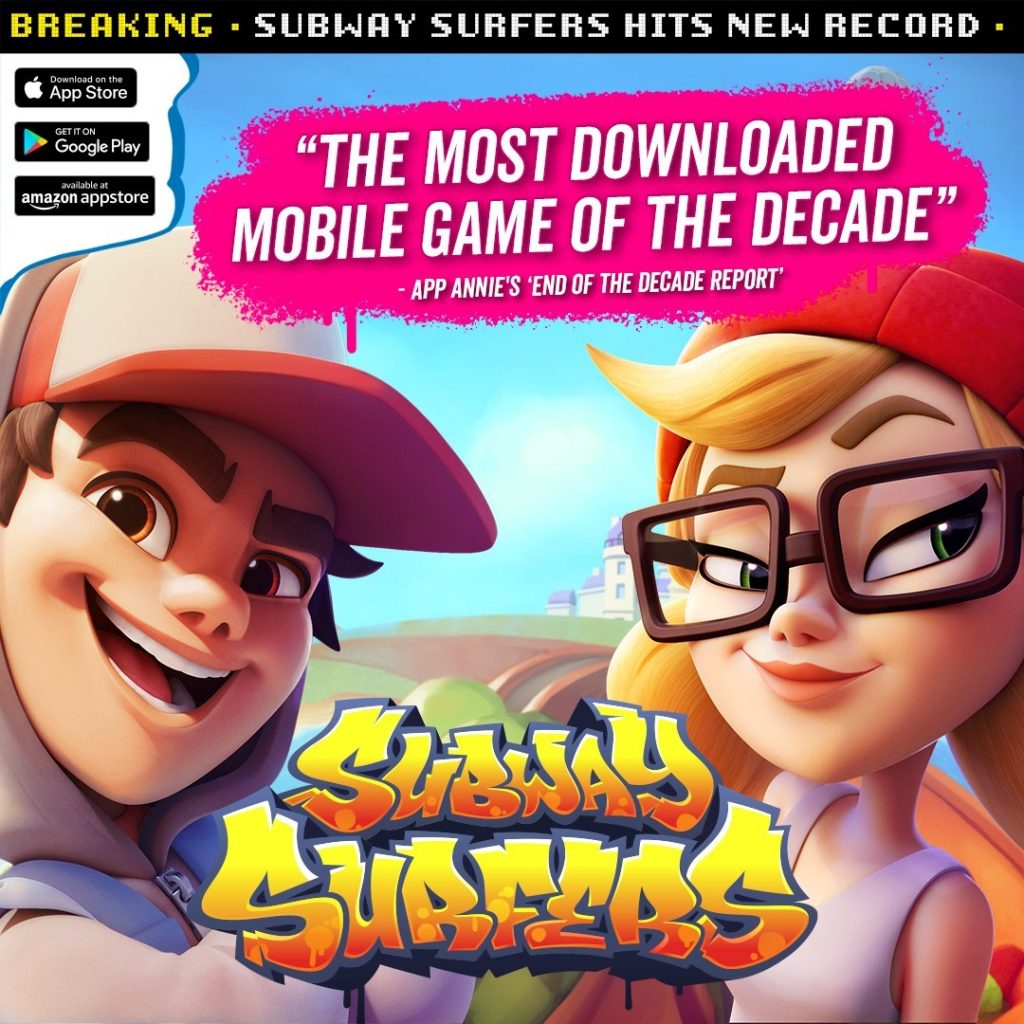