Moe Rock has led the way to bring the original competitor of the L.A. Times back to a new audience in a fully digital world. Discover our exclusive interview with one of the business world’s most eclectic figures.

Today we had a chance to catch up with an eclectic figure in the business world. Moe Rock is a self-made award winning businessman who initially rose to prominence as a world renowned producer earning a gold plaque and millions of fans worldwide. Having shifted gears, he went into angel-investing, media relations and business growth consulting among a few of his various endeavours. He also most recently acquired the historic news publication L.A. Tribune, which like many famous traditional newspapers have seen their best days behind them, getting lost in a world that was turning digital. The tribune was waiting for someone to give the name a brand a new breath of life.

Moe Rock has led the way to bring the original competitor of the L.A. Times back to a new audience in a fully digital world. After spending a few days with him, attending meetings, hearing his phone calls and learning about his story, the conclusion is simple and clear: He has a knack for finding solutions and making things work regardless of industry. There will be a chapter on Moe Rock written in an upcoming book on leadership which also includes Kevin O’Leary, James Quincey, Olympians, coaches and more. Today we are featuring just a short excerpt from our time together.

His latest book “Lead by Example” hit number one on Amazon’s Self Help category and has had rave reviews. “This book changed my life” one reader wrote. But whether it is writing best-selling books, speaking or earning millions in business, what we really wanted to be able to do with this interview is to take a sneak peak into his mind. We know many of our readers are entrepreneurs and leaders in their own right who are always looking to grow and develop. We hope this interview highlighting the mind of a man who has conquered not just one but several different industries, can help inspire you to “Lead by Example”.

When doing research on you we had a tough time putting you in a category. Do you call yourself an “Entrepreneur” or is there another title you can use to define yourself?

It’s something I just never even think about. I have a conviction that runs deep in my subconscious that simply states I must provide as much value as I possibly can to whatever person I happen to interact with on any given day. This is not an original thought, I learned it from the late Jim Rohn who was Tony Robbins’ first mentor and in my opinion the best at teaching simple yet powerful principles. I’m not a big fan of the word “Entrepreneur” because it signifies the act of taking and not the act of giving. It really is never about me, and that is my formula.

That’s a pretty powerful answer and it has certainly given us a lot to think about. Can we simply call you a Businessman then?

You can call me whatever you like but I suppose that resonates more. 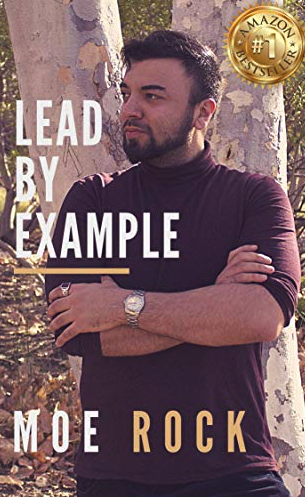 In your latest book you started with a chapter that was about gratitude. The book was marketed towards leaders and people in business and yet one criticism was that the book had some ideas and concepts that seemed esoteric and not practical. What do you say to your critics who feel you are too spiritual or mystical to teach others about business leadership?

Your question brings up something in my memory about an encounter I had about a year ago with a very successful and well known CEO backstage at a conference we both happened to be speaking at. We had a wonderful conversation about business and the future of the world and after both of us being on the same page, he asked what I’m speaking about today at this expo with over 3000 people primarily consisting of startup CEOs and Business Executives – When I answered his question with the word “Gratitude” he first thought I was joking and then started criticizing. He said, “But Moe I thought you helped people grow in business. What the hell does gratitude have to do with success?” I responded back: “With all due respect, if someone doesn’t see what gratitude has to do with tangible success, they just don’t get it.”

He did not like being challenged and safe to say our conversation that started warmly fizzled away pretty quick. Nonetheless I stand by my statement and hope he reflected on it later. The fact is both in life and in business unless you practice gratitude you can never reach your potential. It can not only help grow your relationships with prospective clients, it reduces the amount of employee turnover, puts you in a more positive psychological state and yes I will admit (this is where I get in trouble), has a mystical power to it that can only be understood when practiced.

Recently Tai Lopez, who we know you have shared the stage with at public events, purchased iconic brand Pier 1 for 31 Million Dollars. And recently you purchased an iconic newspaper, The Los Angeles Tribune. Is there a growing trend of business people purchasing companies that are well known but struggling and changing the business model to more modern times?

I was not aware of that purchase Tai made. This is the first time I’m hearing it. I’d like to say congratulations to him. I have never worked with him in business and don’t know a lot about him but the few times we spoke at the same events together and interacted he was very respectful and kind and I wish him much success. I know he has inspired a lot of people. To answer your question: No I don’t think it is going to be a trend. I think very few people have decided to take this untraditional path of bringing back to life so to speak a struggling or stagnant brand. In our case we acquired a name that has been in the Zeitgeist of Americana for over 100 years. The L.A. Tribune spans back several generations and has been engraved in the American and especially Californian culture. Not only read by millions over the decades but also featured in shows, movies and pop culture. There is a value in having a brand that has been a part of the Zeitgeist and I believe Tai sees this value as well. It will be interesting to see the direction he takes it. In our case we are focusing on the digital aspect and are excited to work on ways to embrace technology.

What is the future of The Los Angeles Tribune?

Well ultimately the future is that it will be a truly independent option for the country. Currently a handful of corporations own over 75% of all media outlets in the nation. Having more independent options is a necessity if we want to maintain the integrity of our nation and quite frankly the world. Those that control information from the top are the ones that can guide the direction of the masses. Sadly often they lead us (the people) astray. The L.A. Tribune will never censor people or have any corporate agendas. We are here to save the world of independent media and there is no hyperbole in that statement. We truly have that conviction ingrained in us and are very mission orientated with our organization. Now from a technology and business standpoint as the world of A.I. and V.R. evolves, we expect to be on the cutting edge of that. The world will look very differently in ten years and we are already laying out the framework to be prepared for that kind of society.

Congratulations on your latest book becoming a best-seller. Can we expect another book being released?

There was another book scheduled to be released this year called “28 Ways to Live an Extraordinary Life” published by a big six traditional publishing house. When the pandemic hit I was presented with an option to release the book without having it in any Barnes and Nobles stores or any other book stores which happened to be completely closed during the scheduled publishing. Those that have experience in the publishing space know that the only real benefit of working with a big publisher is the distribution. In other words when someone walks into a Barnes and Nobles or Target and they see the book on the shelves. Without that benefit there is very little a publishing house does, especially these days. Consequently, without going into too much detail here, I did not give permission for the book to be published under those conditions and currently I’m working out a way to re-obtain the rights to the book. It really is a heartbreaking situation since the unreleased version of the book has had great reviews from critics. I am looking forward to it finally being available sometime next year, God willing.

What is your favorite quote?

“Some men see things as they are and ask why. Others dream things that never were and ask why not.” – George Bernard Shaw

Where can people reach out to you or find more on Moe Rock?

Thank you so much for your time

Fri Aug 28 , 2020
The U.S. economy is facing the risk of a double-dip recession in the coming months, economists have warned. 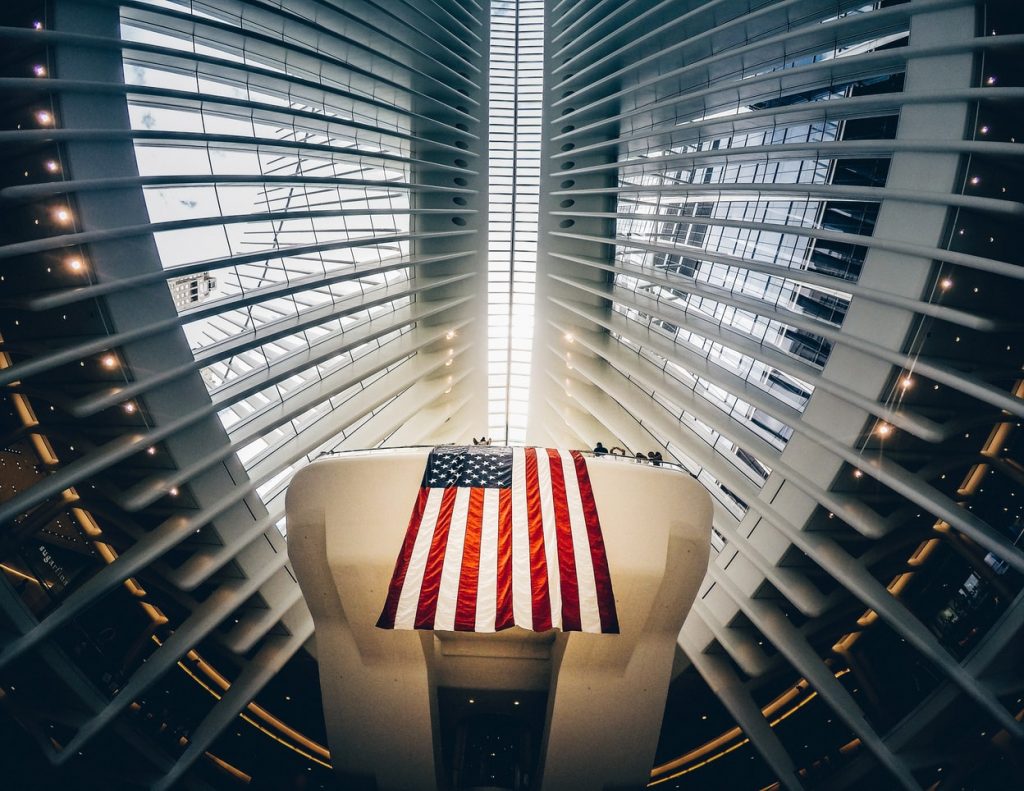