Taylor Swift, one of the music industry’s most creatively and commercially successful artist-songwriters in history, has signed an exclusive global publishing agreement with Universal Music Publishing Group. (UMPG)

“I’m proud to extend my partnership with Lucian Grainge and the Universal Music family by signing with UMPG, and for the opportunity to work with Jody Gerson, the first woman to run a major music publishing company,” said Taylor Swift. “Jody is an advocate for women’s empowerment and one of the most-respected and accomplished industry leaders.”

Swift continued, “Troy Tomlinson has been an amazing part of my team for over half my life and a passionate torchbearer for songwriters. It’s an honor to get to work with such an incredible team, especially when it comes to my favorite thing in the world: songwriting.”

One of the most accomplished songwriters of her generation, Swift has been honored by the Songwriters Hall of Fame with the Hal David Starlight Award and was featured in Rolling Stone’s 100 Greatest Songwriters of All Time.

Swift has penned numerous Billboard No. 1s: “Shake It Off,” “Blank Space,” “Bad Blood,” “We Are Never Ever Getting Back Together” and “Look What You Made Me Do.” With 25 Billboard Top 10 songs in her iconic catalog, Swift famously penned major global hits including “Lover,” “You Need To Calm Down,” “ME!,” “Fearless,” “Speak Now,” “You Belong With Me” and “Love Story,” among many others.

Jody Gerson, Chairman and CEO of UMPG, said, “We are honored to welcome Taylor Swift to UMPG. Using her power and voice to create a better world, Taylor’s honest and brave songwriting continues to be an inspiration to countless fans. We look forward to further amplifying Taylor’s voice and songs across the globe.”

Troy Tomlinson, Chairman and CEO of UMPG Nashville, said, “I’ve had the distinct pleasure of working with Taylor since she was 14-years-old, and she still amazes me daily. The true definition of a multigenerational artist and songwriter, Taylor’s songs, vision and unwavering determination have always been an inspiration. I am so happy and so proud to continue representing Taylor and her music, and I am confident that UMPG will be the best, most creative partner in providing unparalleled opportunities for her songs.”

A ten-time Grammy winner, Swift is distinguished as one of the youngest recipients of the Grammy for Album of the Year and she is the first female solo artist to win the award twice. Billboard Magazine named her Woman of the Decade along with one of the Top Artists Of All Time. She is one of the world’s best-selling music artists, with 97 million total global album consumption and 54 billion total global streams.

Swift is the only artist in history to have four albums with sales of more than one million copies in their first week of release (2010’s Speak Now, 2012’s RED, 2014’s 1989 and 2017’s reputation), respectively. Lover surpassed 3 million in consumption globally within its first week of release, and in just five months, it has already surpassed 5 million, including more than 1 million in China, where the release earned Swift a new record for an international artist.

Following the 2019 release of her latest album, Lover, Swift became the first female artist in history to have six albums sell more than 500,000 copies in a single week. Lover was the only album to sell 1 million in U.S. pure album sales in addition to being the top-selling album of 2019.

Thu Feb 6 , 2020
LCS 19 is the tenth Freedom-variant LCS designed, built and delivered by the Lockheed Martin-led industry team and will be commissioned in Pensacola, Florida, this summer. 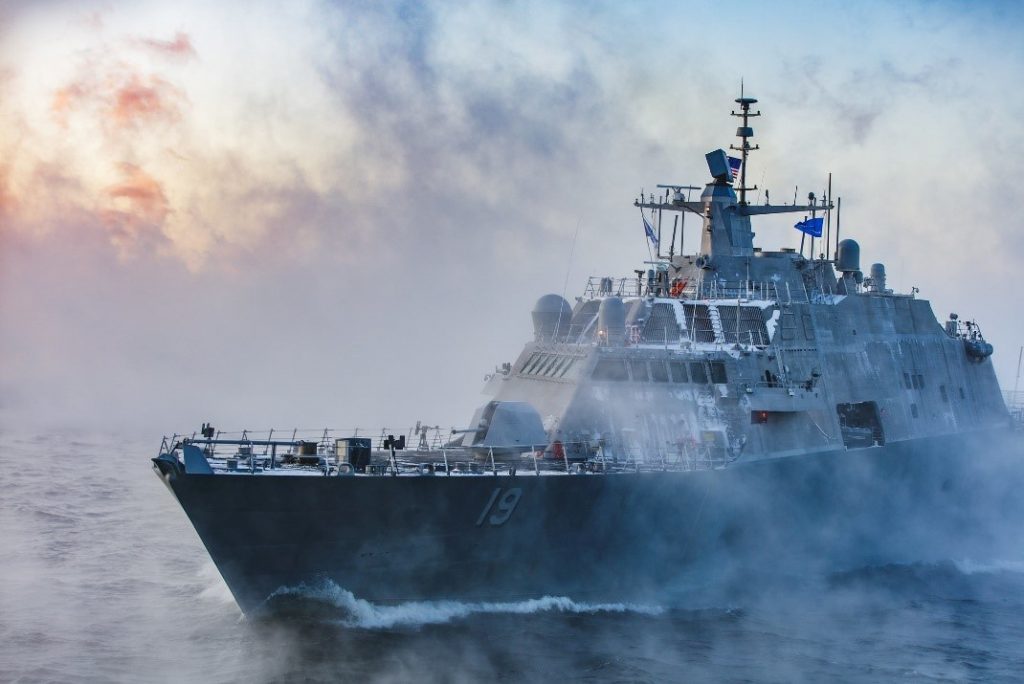