UMe has released the soundtrack for the third season of the multi-Emmy Award-winning Amazon Prime Video series, The Marvelous Mrs. Maisel. Available now for streaming and download purchase, The Marvelous Mrs. Maisel: Season Three (Music from the Prime Original Series) features new original songs written by songwriters Thomas Mizer and Curtis Moore, and classic tracks from Doris Day, Louis Prima, Nina Simone, and many others. The soundtrack is also available for preorder on CD and in black vinyl and limited-edition color vinyl LP packages to be released on May 15, 2020. The first and second season soundtracks are available on CD and vinyl LP, and for digital purchase and streaming.

The Marvelous Mrs. Maisel’s Emmy Award-winning music supervision is overseen by Amy Sherman-Palladino, Daniel Palladino, and Robin Urdang, carefully selecting music from the era to enhance and complement the show’s scenes and plotlines.

“Music has been a central character since the launch of The Marvelous Mrs. Maisel, connecting viewers to this series’ 1950’s world — with award-winning results,” said Bob Bowen, Head of Music, Amazon Studios. “This year, as Midge’s story took a leap forward, we also went to the next level by creating original music for the first time. The result is a stellar soundtrack that mixes hits from the era with brand-new music that extends the Maisel universe even further.”

Season Three’s soundtrack features 15 recordings heard in the show’s third season, including Doris Day’s “Dream A Little Dream Of Me;” Gene Kelly, Debbie Reynolds and Donald O’Connor’s “Good Morning”/”Singing In The Rain”; Peggy Lee’s “Til There Was You;” Julie London and Gregory Porter’s “Fly Me To The Moon (In Other Words);” Helen Merrill’s “Anything Goes;” Louis Prima’s “Pennies From Heaven;” Nina Simone’s “Feeling Good;” Sons of the Pioneers’ “The Everlasting Hills Of Oklahoma;” and Kay Starr’s “On A Slow Boat To China;” as well as two songs by supper club/cabaret performer Blossom Dearie and four new originals performed in the show.

Mizer and Moore worked closely with The Marvelous Mrs. Maisel creator Amy Sherman-Palladino and Executive Producer Daniel Palladino to conceptualize a sound that embodied the late 1950s, and three of their five original songs commissioned for the show are available on the soundtrack including:

From Amazon Prime Video, the acclaimed, award-winning series, The Marvelous Mrs. Maisel, transports viewers into its charming world through its authentic, detailed period set design and fashion, as well as with its carefully selected music. The Marvelous Mrs. Maisel is the winner of 16 Emmy Awards, including two for Music Supervision (Seasons One and Two), as well as three Golden Globes including Best TV Series—Comedy.

Tue Dec 24 , 2019
STARZPLAY, the leading subscription video on demand (SVOD) service, has entered into a partnership with Asiacell in Iraq, a leading provider of quality mobile telecommunications and data services with a subscriber base of over 14 million customers. 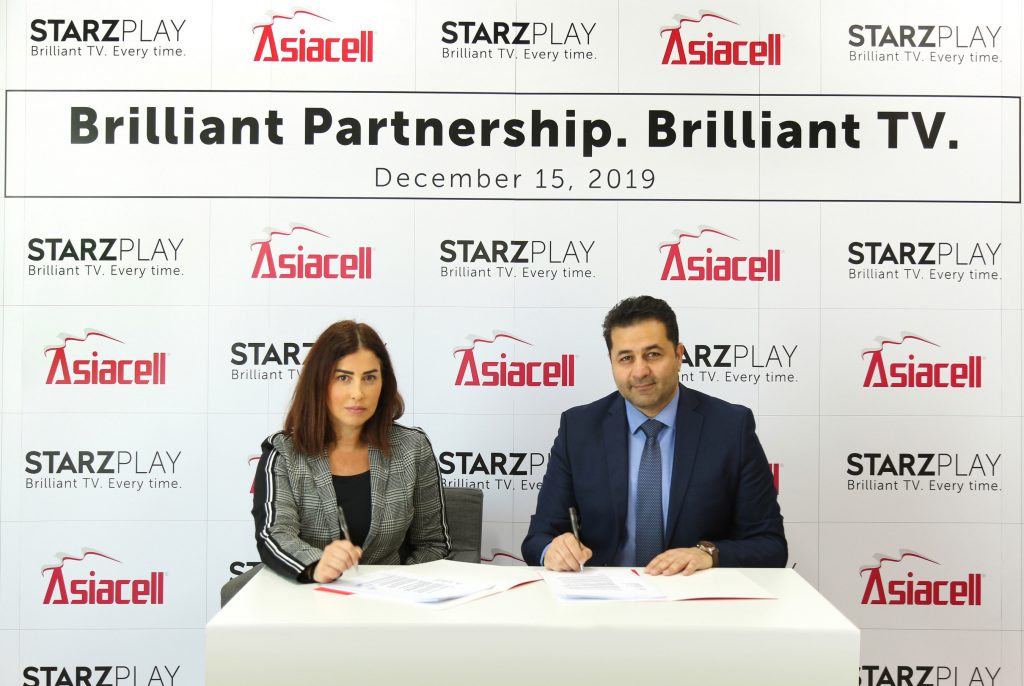