The renowned Southern California based news & media organization the L.A. Tribune has announced a host of new programs that consist of community outreach and leadership development shows.

The renowned Southern California based news & media organization the L.A. Tribune has announced a host of new programs that consist of community outreach and leadership development shows. With a focus on digital content, the news organization has reinvented itself as more than just a news outlet, but also as a leadership content source.

The newspaper is primarily a digital centric brand with an emphasis on its partnership with Roku TV that has given the brand national circulation to over 50,000,000 homes that have a Roku TV device. Roku users have access to 24/7 streaming media content from various online services, with the first Roku model having been developed in collaboration with Netflix, which was introduced in May 2008.

This partnership with Roku has placed the L.A. Tribune in homes much further afield than just in the LA County demographic, showcasing an example of how traditional newspapers can survive in a modern era that is transforming.

Is the Los Angeles Tribune making a real difference? The leadership is changing the way people look at historical brand names. Thus far, there have been several hybrid events that go beyond the scope of traditional media. A name that has been a staple of Journalism since 1886, the L.A. Tribune influences and impacts not only the local community but the entire nation, providing national coverage and reporting on breaking news, politics, community events and more.

Going back to its origins, in 1886, Henry H. Boyce decided to part ways with future LA Times founder Harrison Otis and branch out with their primary competitor, The Los Angeles Tribune. This led to a new history of media creation for southern California. When he was ready to hang up the calling and move on from the Tribune after losing a battle with Otis, others continued carrying the mantle.

The name has rung over through several generations, iterations and versions. From media tycoon Edwin T. Earl’s reign he held after making a fortune in the early part of the 20th century through to his invention of the boxcar (which he in turn used to grow a media empire) to A. Lomax’s version which was a major pivot as it focused on civil rights in the greater Los Angeles area – the L.A. Tribune has experienced several key changes that have made it a household name though the decades.

And while the newspaper industry has seen the worst years that they have ever experienced, many are still looking to enter the space and go digital with firm pivots to keep historical and traditional brands alive. According to Pew Research Center, Americans have little awareness of the financial challenges facing local newsrooms. According to a late 2018 survey, a majority of U.S. adults (71%) believe their local news media are doing well financially, even as only 14% say they have paid for local news themselves in the previous year, whether through subscribing, donating or becoming a member. Additionally, newspaper revenues declined dramatically between 2008 and 2018. Advertising revenue has also fallen from $37.8 billion in 2008 to $14.3 billion in 2018, a 62% decline. This has led many newspapers to either going bankrupt or being sold for far less than they had been valued for previously.

Recently,  the L.A. Tribune was acquired by a media company and investment group with the intention of changing direction and creating more digital based content and not relying solely on the slowly-going-extinct traditional paper-based news angle.

With a focus on digital events, podcasts, tv programs and a recent announcement of a tv channel, the 21st century version of the L.A. Tribune from its early 19th century inception is still alive and active, continuing the tradition from previous incarnations. Despite the turbulence in the industry and the market at large, The Los Angeles Tribune, which stems across generations and has seen two world wars, two pandemics and changes to the world order, is looking to survive and thrive.

Recently, the L.A. Tribune put together an all women’s event that was executively produced by Los Angeles Tribune VP of Operations Dr. Natalie Forest, making a global impact with its emphasis on women’s rights and equality. The event featured New York Times Bestselling authors Sharon Lechter, Dame Marie Diamond (The Secret) as well as scientists, thought leaders and doctors that joined the L.A. Tribune to make a real global impact. Other programs that have been facilitated for global outreach have included Shark Tank’s Kevin Harrington, Dr.Joe Vitale, Lisa Nichols (Oprah Winfrey Show) and many more.

Have you considered supporting your local media and getting involved in community programs?

US Air Force planes expected to arrive in Kabul to evacuate up to 20,000 remaining people

Mon Aug 23 , 2021
The US military is to send 33 US Air Force C-17s to speed up evacuations in Afghanistan as a deadline approaches for troops to leave the country. 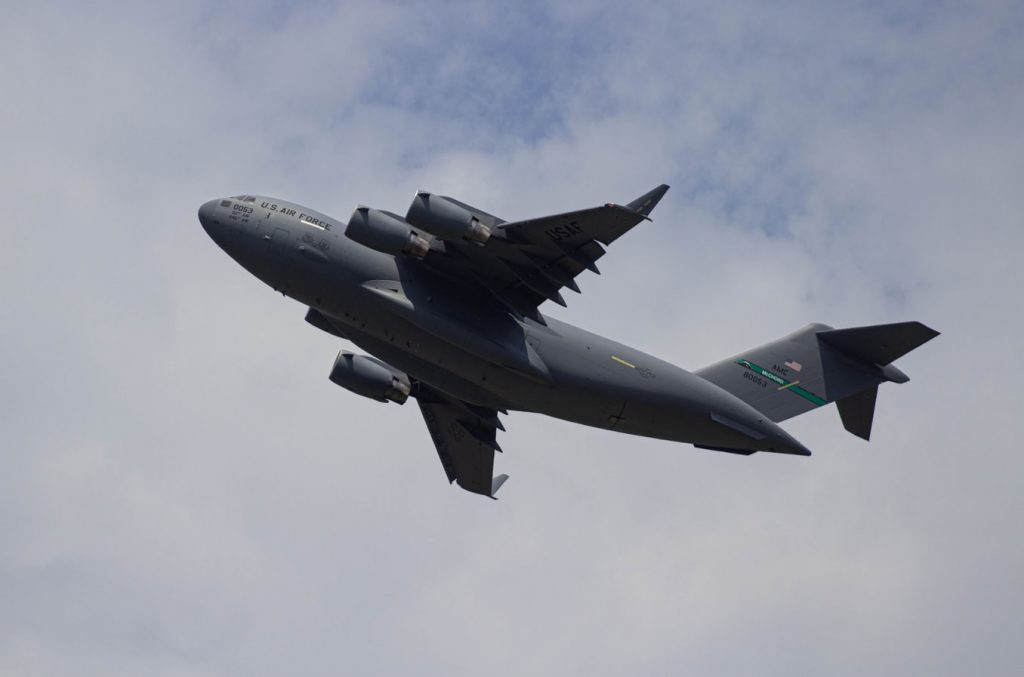