Today, decentralized apps developed in the blockchain network have become prevalent. They are considered the most effective tools of the decade. In fact, there are about 4,000 dApps used worldwide, ranging in category from gaming and gambling to health and insurance. 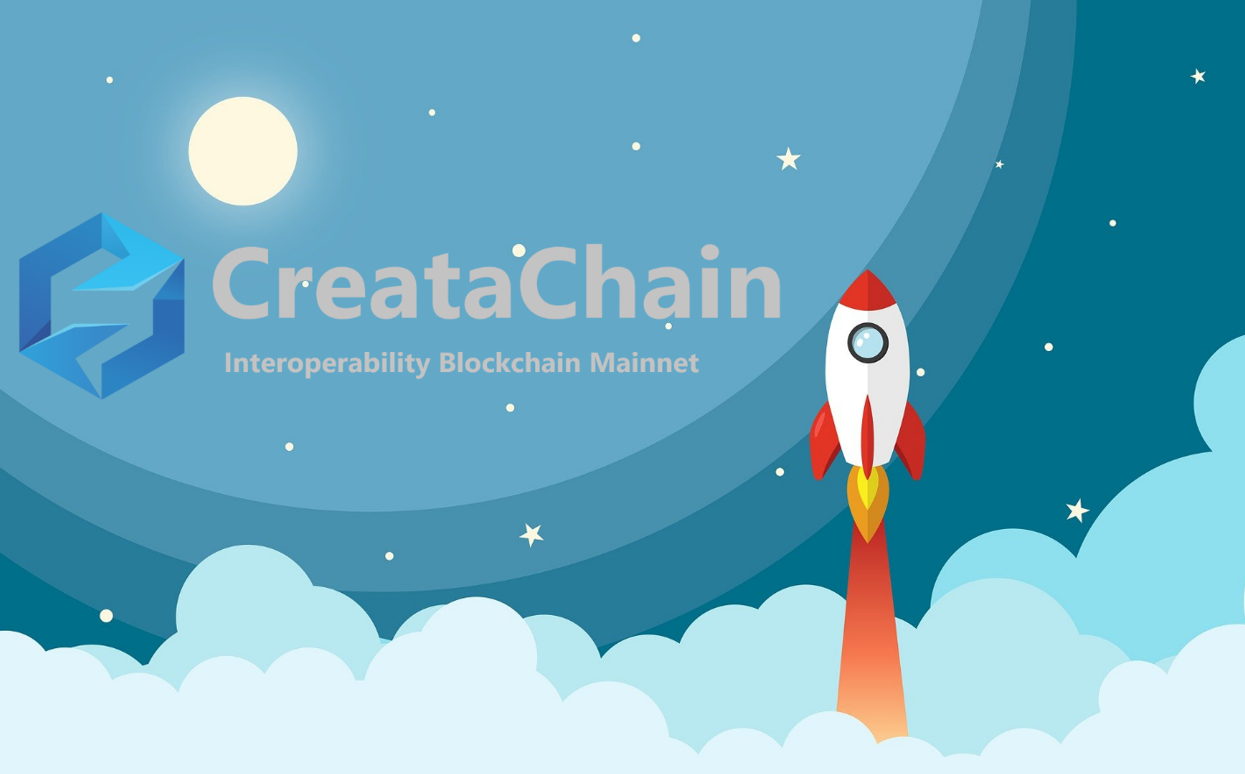 Today, decentralized apps developed in the blockchain network have become prevalent. They are considered the most effective tools of the decade. In fact, there are about 4,000 dApps used worldwide, ranging in category from gaming and gambling to health and insurance.

Decentralization. Transparency. Immutability. Security. These are some of the major drivers of the increasing adoption of blockchain by developers and across industries – with technological innovations helping to drive further adoption of digital currencies as a whole. However, like every other technology, existing blockchain have their limitations, hence the hesitation of many markets to embrace its use as their primary technique.

It is difficult to grow the capacity of current blockchain networks including Bitcoin, to handle more transactions – thus, scalability is a major challenge, and something developers have been working on for some time to address. Few programming languages and the inability to implement the execution of codes are other significant roadblocks to the adoption of blockchain alongside intrinsic complexities.

For instance, since the governance of blockchain has control over applications built on it, the functions and sovereignty of the technology are limited. Even if an ecosystem that solves the usability, scalability, and sovereignty issues is developed, there will still be the challenge of bridging the gap between independent blockchain. Thus, the need of the hour is a new system that can address all these challenges and limitations. Creata Chain is aiming to be that new system.

Explore below a more in-depth analysis of this new type of  blockchain system including its features, functionalities and why it can become a viable and best-in-class solution for blockchain development.

What is Creata Chain?

Creata Chain is a decentralized environment that delivers scalability, interoperability with other ecosystems, sovereignty, and diversifies usability. This ecosystem boosts a commendable and unique workflow.

With Creata Chain, developers and blockchain enthusiasts can now become part of a community that connects independent blockchain with each other to communicate, share values and data.

What are the main features of Creata Chain?

Creata Chain offers a highly decentralized ecosystem. This means that no intermediary or third party can involve themselves in the control of applications built over the network, thus boosting sovereignty.

According to experts, there are two major scalability problems in the blockchain: the time it takes to add a transaction to a block and the time taken to reach consensus. Creata Chain is set to effectively tackle both issues. This ecosystem continues to run smoothly even as the blockchain network keeps expanding.

Due to the limitations of existing blockchain, security vulnerabilities that can lead to network disruptions are surging. Fortunately, with Creata Chain, blockchain developers don’t have to worry about security breaches or malicious attacks as the system is built to resist such elements.

Another impressive feature of Creata Chain is that it is compatible with Ethereum – in other words, it integrates Ethereum smart contracts into its ecosystem and offers support for Ethereum tools and dapps. This makes it easier for developers to port their projects over from Ethereum.

Why would you need Creata Chain?

As a developer, Creata Chain can help you spend less time building applications.

There are three main components of a blockchain system: networking, consensus, and application. If all three parts are focused on separately, it can significantly reduces time developers spend on application development.

Creata Consensus fuses networking and consensus, providing a consensus engine and a network that allows the nodes to carry transactions and reach consensus. Thanks to this process, developers can now design, code, and carry other various activities that help build applications for users within a shorter time.

Creata Consensus addresses the Byzantine General Problem and the issues associated with other consensus engines that have failed to evolve over time including the Proof-of-Work, and Proof-of-Stake. The Byzantine General Problem is a dilemma within the blockchain system that describes the inability of most network nodes to reach consensus, exposing the system to failures and malicious attacks.

This problem gave rise to the introduction of BFT (Byzantine Fault Tolerance) – a property of a system that enables it to resist the class of failures derived from the Byzantine Generals’ Problem. Fortunately for developers, the Creata Chain consensus engine is a hybrid system that consists of the BFT consensus algorithm and DPOS (Delegated Proof-of-Stake).

The BFT algorithm allows the network to continue operating even if some of the nodes fail or act maliciously. At the same time, the DPOS enables users of the network to vote and elect delegates who will validate the block to be added on the blockchain. Further, by consuming less energy, focusing on sovereignty and accelerating the consensus reaching process, Creata hybrid consensus offers a great solution to the current blockchain consensus limitedness.

Fast finality is another crucial element of Creata Consensus, as forks are never created and blocks are added as soon as the transaction is finalized. As a highly decentralized and secured system, Creata consensus provides an efficient method to determine liability without compromising the data of nodes.

Additionally, Creata Consensus can be wrapped around any programming language thanks to its liaison with the Application Blockchain Interface. Creata SDK also uses the Interface to help developers build applications. For the unaware, SDK is an acronym for Software Development Kit. This kit constitutes a set of developer tools that helps in building applications that people use in their daily lives. Creata SDK is also used for the same purpose and, along with Creata Consensus, helps in creating private and public blockchain.

Now, let’s answer the core question that most developers will have on their minds.

How does Creata Chain promote interoperability?

Creata Chain leverages the Inter-Blockchain Communication to enable applications designed over the network using its native consensus engine and SDK to provide a bridge that ensures that the apps are connected and can interact with each other, thus introducing interoperability in the ecosystem.

The IBC connection allows various independent blockchain to connect regardless of their consensus mechanisms.  However, the blockchain must comprise the fast-finality feature and different sets of validators that propose, accept or reject blocks to be added on the blockchain.

If the blockchain do not have consensus that is compatible along the lines of fast-finality, like Bitcoin, then Peg-Zones are introduced to fill the gap between the Creata Chain ecosystem and the heterogeneous blockchain. While the IBC connection definitely helps in connecting heterogeneous blockchain with the Creata Chain ecosystem, it can also create a more complex web that will be difficult to maintain.

How Creata Chain will transform the blockchain space: A recap

Creata Chain is a powerful new innovation that has the potential to radically transform the blockchain space by improving crucial aspects of the network. It ensures better scalability within the system, promotes communication among heterogeneous blockchains, accelerates the application development and deployment processes, and reduces susceptibility to system failures and attacks. What’s more, it compatible with Ethereum smart contracts, highly secure, and allows developers to build an application-specific blockchain for any product or service.

In partnership with Creata Chain

Wed Mar 10 , 2021
Entrepreneur Muhammad Al Andalusi is an unlikely success story having fallen into debt and struggling to pay bills as a food delivery rider in London after his studies. But with a determined mindset and entrepreneurial spirit, he’s managed to turn his life around. 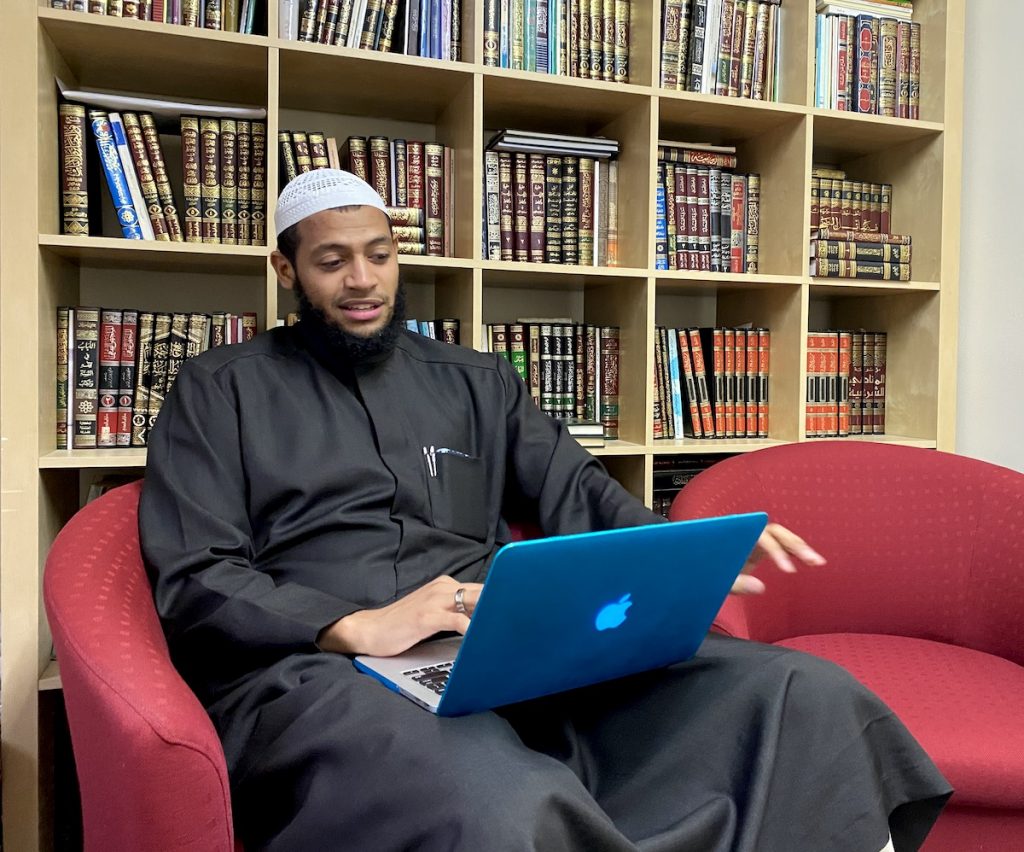