Human services, a cause category that includes disaster relief, generated the most support with more than $6 million raised across the sector.

Classy, creator of world-class online fundraising software for nonprofits, broke Giving Tuesday records again this year with $19.4 million raised on the platform, an increase of nearly $4 million over last year’s total. The total number of donations on the platform was up 22% with more than 173,000 donations processed across more than 6,400 campaigns.

Furthermore, as nonprofits across the nation aim to grow their recurring and repeat donors—a topic explored extensively in Classy’s second annual report, The State of Modern Philanthropy 2019, published this past May—the Classy platform saw a considerable increase in the number of recurring donations made on Giving Tuesday, up 35% from last year, which could be indicative of the increase of new recurring donor sign-ups occurring throughout the past 12 months.

“Though we knew that awareness of Giving Tuesday increased this year, we’re incredibly inspired to see the substantial growth in the number of donors and donations from across the globe,” said Scot Chisholm, Classy CEO and Co-Founder. “As we head into the holiday season, we’re looking forward to seeing this generosity continue and excited for our customers who can use these donations to expand their impact.”

Other key highlights from Giving Tuesday 2019 on Classy include:

– Human services and health ranked as the top two causes on the Classy platform, raising $6 million and $2.5 million, respectively. This aligns with the survey results from the Why America Gives 2019 report, where disaster relief (46%), health (37%), and environment and animal issues (37%) ranked as the top causes respondents felt needed the most support this year.
– The education cause category experienced the most significant year-over-year growth (74%) in total amount raised on Classy’s platform on Giving Tuesday.
– The top five nonprofits to raise the most money on Classy’s platform were Camp Kesem, The Salvation Army, Shriners Hospitals for Children, RZIM, and the Gary Sinise Foundation.
– The most generous U.S. states and/or districts per capita were Washington, D.C.; Washington; Massachusetts; California; and Arizona.
– Though more women participated in Giving Tuesday than men, men outpaced women in average donation amount ($153 vs. $102, respectively).*
A recap of Classy’s Giving Tuesday platform activity can be found at https://www.classy.org/giving-tuesday/results/.

*Gender-specific data reflects those who supplied this information upon making donations (58% of Giving Tuesday donors).

Thu Dec 5 , 2019
Today, Stephen and Ayesha Curry's Eat. Learn. Play. Foundation, an organization improving the lives of kids and families in the Bay Area, and No Kid Hungry, a national campaign to end childhood hunger in America. 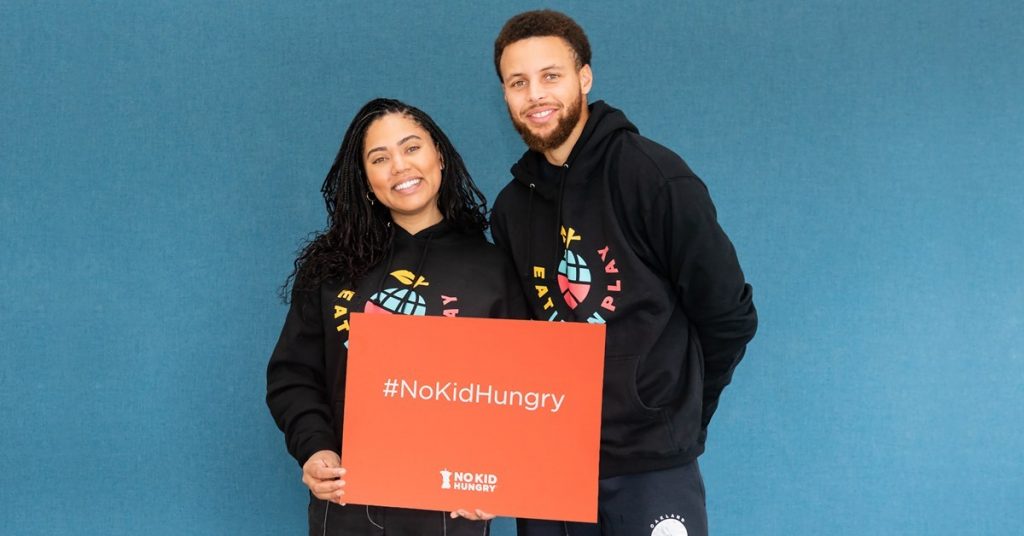