St. Jude Children’s Research Hospital® together with Univision radio stations across 15 media markets raised $4.7 million dollars during this year’s Promesa y Esperanza® (Promise and Hope) radio event held on Dec. 5 and 6. Events as these help inspire donors to support the life-saving mission of St. Jude Children’s Research Hospital and ensure that families never receive a bill for treatment, travel, housing or food – because all a family should worry about is helping their child live.

The two-day radio campaign encouraged thousands of Univision radio listeners across the country to become Angeles de Esperanza (Angels of Hope) by pledging to make a monthly donation of $20 or more. Through their pledge, monthly donors receive a t-shirt that reads Esta Camiseta Salva Vidas, the Spanish-language version of the widely popular “This Shirt Saves Lives” campaign, which gives them the opportunity to join an online movement supported by donors across the country, celebrities and influencers through posts on their social media networks.

“As one of the country’s leading media organizations, we consider it a privilege and honor to host the annual Promesa y Esperanza radio event in support of St. Jude Children’s Research Hospital. Our staff—from radio and television, to digital and social—is proud to champion the #EstaCamisetaSalvaVidas movement and to help support the beautiful work that happens at St. Jude each and every day,” said Jesus Lara, president of radio at Univision Communications Inc. “Univision’s audience shows its love and support of the hospital’s work by donating and proudly wearing the #EstaCamisetaSalvaVidas t-shirt. Together, we are committed to ending childhood cancer in the United States and worldwide.”

“Thanks to the tireless support of partners like Univision, St. Jude Children’s Research Hospital is able to share its groundbreaking discoveries to patients in the United States and around the world,” said Richard C. Shadyac Jr., the President and CEO of ALSAC, the fundraising and awareness organization for St. Jude Children’s Research Hospital. “Together we will not stop until no child dies in the dawn of life.”

Mon Dec 16 , 2019
Sony/ATV Music Publishing today announced that it has renewed its worldwide administration agreement with Colombian superstar Maluma, who is idolized around the world as one of the most popular artists in Latin music. 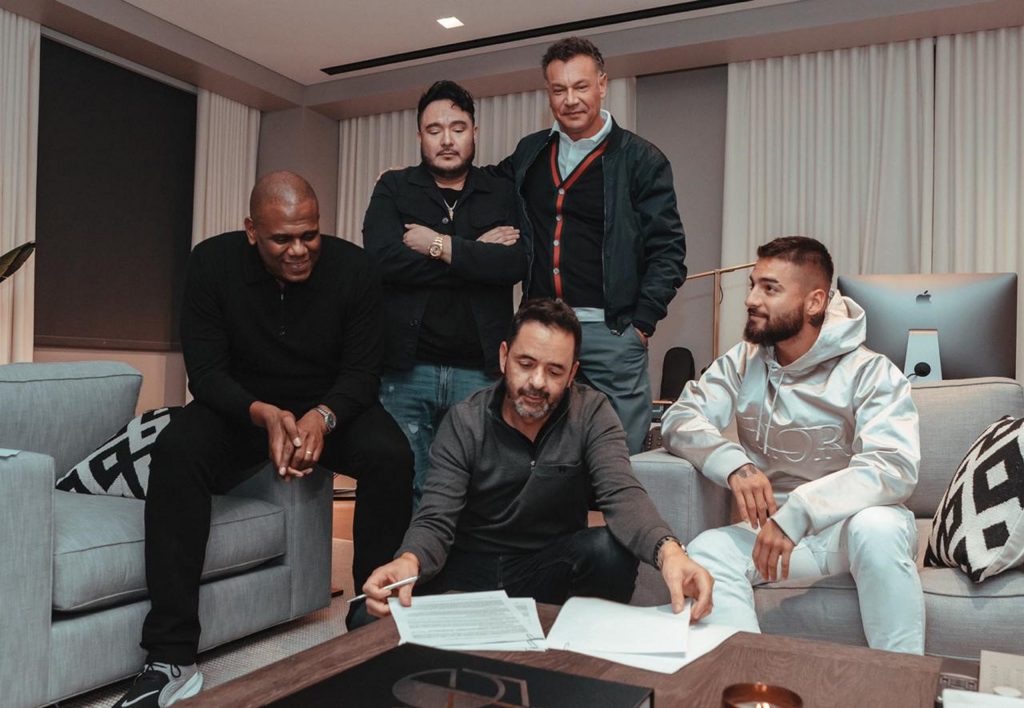